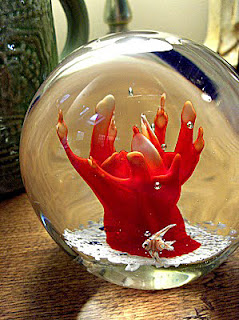 Magpie Tales # 12
The dirt was moist. Her pants had gotten the worst of it. Even though she'd put on her gloves. As she dug around the roots of her old yard, she looked up at the sky. It was an odd day. Windy but warm. Looked like it might rain at any moment. She started off with her sweatshirt but had taken it off. Now, she wondered where she'd placed it. On the hose reel it was. Up she went, leaning on her rake. Her older bones giving her trouble. Always yelling at her about her youthful adventures. As she got up, she wondered what time it was. Thought she ought to check on her dogs and see. Tried to shake out the bottom of her shoes but decided to take them off instead. There her girls were. Waiting at the door. Napping in the sort of sun. Next to the door was the clock. The time had gotten away from her. As she handed the girls a bone, she thought for a moment, "Where did I put it ?" And, looking into the eyes of her beloved dogs, she remembered. Leaning over, she opened the cabinet and felt around. She told the girls, "That was a close one". She walked over to the mantle and put the paper weight where he could see it. As she did, she heard the car. Opening the door to greet them, the little one said, "Grandma, do you still have my fish ?"  "Of course I do."  As her daughter lifted him up to look at it, she gave her dogs a pet.
READ MORE AT 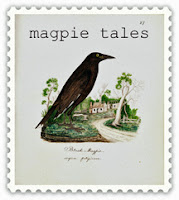 You always paint a picture with words...Happy week and kisses to all your babies.

I especially loved the way you described how your bones felt as you worked in the dirt .... and being a grandmother myself, I loved the child too.

That sure is an awesome picture!

Lovely word picture of an oldie gardening, could have been me!

Nice take on the picture prompt.

Endearing magpie tale--- can relate to your tale-- the two girls are sweet looking love their photo you have posted they look so peaceful and content I wish all animals were so lucky.

(I had to giggle, since we are always quoting the first line of Billy Crystal's novel in Throw Mama from the Train ...."The night was moist.") :):):)

Dear L&C: How I love the sensualness of this piece, the digging in the dirt. The lady becoming confused as to where she placed the fishbowl (on the mantle) although she probably was burying it with the dogbone! Good thing rufus was there to help! Loves hero dogs! Yours are ADORABLE! Hugs! Great story! Love happy endings! And beautiful beginnings! As in your short story! Need more positive in the world! I needed this today!

LOVE your vignette! Nothing better than reading a slice of life - fiction or non.

Newer Post Older Post Home
Subscribe to: Post Comments (Atom)
There comes a time in your life when you walk away from all of the drama and the people who create it. You surround yourself with people who make you laugh. Forget the bad and focus on the good. Love the people who treat you right and pray for those who don’t. Life is too short to be anything but happy. Falling down is part of life, getting back up is living.

Characters In My Garden

Fur Gang ~ Jodie Isabella and Sally Jean
(The Original member, Sweet Bella is in memory only now. Maddy Jean, another original member, past away in August of 2014)

DS or Dson ~ my son is studying computer science and math 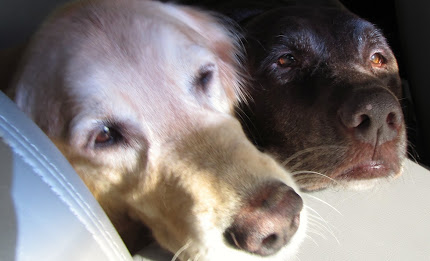 Both gone but never forgotten 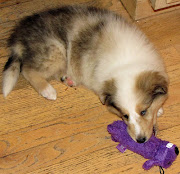 I adopted him from our local Humane Society 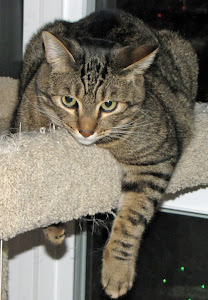 I adopted her from Purrfect Pals

I adopted him from the local Humane Society 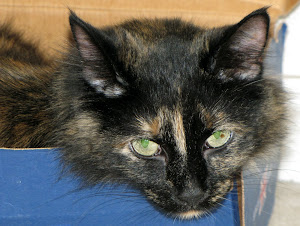 I adopted her from Purrfect Pals

This is the evening sky at our beach place.
~ JC ~

Sell crazy someplace else, we're all stocked up here. ~ Melvin Udall ... As Good As It Gets

I've seen fire and I've seen rain, I've seen sunny days I thought would never end, I've seen lonely times When I could not find a friend, But I always thought I'd see you again
^..^ James Taylor

Purrfect Pals is a rescue group in Washington State.

The Humane Society If you live near the Bellevue WA area, Please consider adopting a Cat or Dog.

All thoughts and photos pawsitively belong to me, JC. I would appreciate it if you were not a copy cat. So, mew at me if you need something. ^..^

Life isn't about how to survive the storm, but how to dance in the rain ... author unknown

Winter must be cold for those with no warm memories. And we've already missed the Spring.

Terry McKay .. An Affair To Remember

Petals In the Woods

New to the Yard